Use my Points checklist to make sure YOU are collecting points from all the sources and activities on offer from Qantas and its partners. END_OF_DOCUMENT_TOKEN_TO_BE_REPLACED 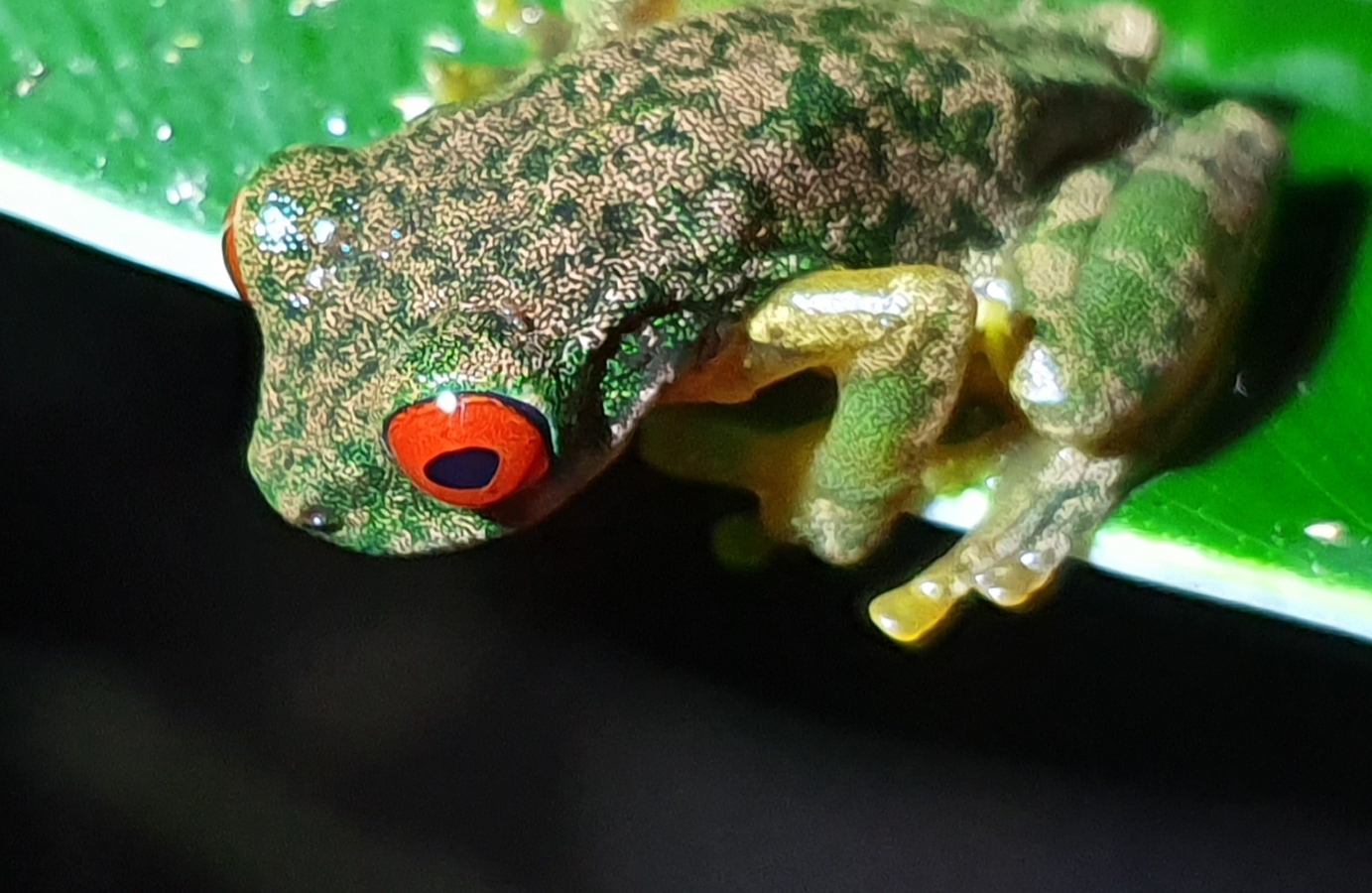 Monteverde is a small, windy town high in the Costa Rican “cloud forest”. It is essentially a tourist town, hub for hiking, mountain biking, horse riding and extreme sports. Parts of the town are typically Costa Rican, with makeshift store fronts and dogs roaming the streets. But the centre has developed a decidedly hipster vibe, … END_OF_DOCUMENT_TOKEN_TO_BE_REPLACED

Ah San Jose, what can I say about you? You’re not the prettiest capital city I’ve ever seen…. but you just might be the ugliest.In fairness, arriving on New Year’s Day when everything is closed and the clean up from the night before is still to begin, probably won’t make the best first impression for … END_OF_DOCUMENT_TOKEN_TO_BE_REPLACED

Four hours from the unremarkable capital San Jose you’ll find a beautiful natural paradise in Manuel Antonio National Park. We are staying in Quepos, a small town just 7km from the park entrance and an array of wonderful dark sand beaches. Public buses run every 20 minutes to a public beach outside the park. There’s … END_OF_DOCUMENT_TOKEN_TO_BE_REPLACED

The 10 Best International Places to Propose

Voted on by no one in particular and selected by no particular authority other than me. I’ve been to all of these places – but I’ve only proposed at one of them.   10 Hot Air Ballooning over the Serengeti  Your special partner will never forget a proposal floating above herds of giraffe or zebra, followed … END_OF_DOCUMENT_TOKEN_TO_BE_REPLACED

City of salsa, sex and swagger

Our taxi has been driving around the same few streets for about 15 minutes and its pretty clear he doesn’t know how to find our Casa Particular (homestay) in downtown Havana.

Arriving in Cuba can be a little nerve racking – from the antique (junked) planes beside the runway on the airport approach, to the interminable and unexplained wait for our bags, then finding our “hotel transfer” to be a derelict taxi with a driver who speaks no English, and a highway shared with equally ancient horses and carts, and a journey of abject poverty through outer Havana.

There is a clear sense of having gone back 50 years to a very different world.

Questions are asked of locals doing car repairs on the street (a common scene) and eventually we confirm the location of our Casa. The street entrance is non-descript and we head up 3 flights of narrow stairs hefting our cases (defences up, I’ve refused offers of assistance from a friendly local at street level).

Surprise – our hosts don’t speak English either. A flurry of gesticulation, my Duolingo Spanish and her bad English manages to sort out the finer details of our accommodation and then we are in our room and ready to make our first foray into Old Havana (Habana Vieja).

Well, one of us is ready. My partner Stefan is in an advanced stage of culture shock, foetal positioned on the bed. He has a thousand questions about what to do and where to go, to which I have only one answer: “I don’t know, we’ll find out”. This does not please him, so he engages the landlady for advice. He has even less Spanish than me, so it is a fruitless exercise.

Eventually we hit the streets of old Havana and begin what will be a gradual falling in love process with this incredible city.

At first there is the almost orgiastic photographing of colorful and classic American cars, ironically emblematic of Havana.

But then we start to appreciate the exquisitely beautiful old buildings, some spectacularly restored and others in perilous disrepair.

One of our first stops is Hotel Inglaterra in the centre of Havana. The oldest hotel in town, and oozing old world charm, if you don’t asphyxiate on the cigar smoke. The real appeal here is that its one of the few places to get any internet access. Stefan settles into the bar nothing like a Cuba Libre and some much-needed social networking therapy to ease your anxiety.

This is a classic walking city – spend your days exploring Habana Centro and Habana Vieja and you’ll be richly rewarded with sights and sounds and cheap rum and mojitos.

Walk the Prado from the waterfront to Parque Central – it has the feel of the grand avenues of Paris. Take in the magnificent Capitolio Nacional then head down Muralla to Plaza Vieja where you can enjoy coffee or cocktails overlooking the square. Then onto the church and monastery of St Francis of Assisi built in 1608, one of my favourite parts of Havana.

At the Plaza del Armas you might be lucky enough to get caught up in an historical re-enactment – the Cubans have plenty of revolutions to choose from.

We also had a slowly growing awareness of a certain vibe on the street, a kind of charged atmosphere. “Have you noticed…” I tentatively asked Stefan. Yes, he had picked up on it too. How do I say this? Havana is a hotbed of salsa, sex and swagger.

It’s nothing for Cubans of any age to spontaneously show off some moves on the street or in a park and the salsa here just might be the sexiest in the world. The music and salsa is everywhere and the resulting mood is joyous and exuberant – and sexy.

On another corner a towering transexual smiles knowingly at us, gives an impossibly high high-kick, and sashays on down the street.

The heat from the Cubans is palpable – beautiful Men and women alike saunter along the streets throwing us smouldering looks as if to say ‘si, I just had incredible sex’ or ‘hola, would you like to have incredible sex with me?’ Fearing something might be lost in translation, we smile tentatively, exhale and move on.

Have I mentioned the food? I went with fairly low expectations of the local cuisine – but we were amazed every night by the quality of the restaurants in Havana. Sure, we ate at places expensive by Cuban standards but – for the quality and sophistication of the food – cheap by western standards. It’s creole and cajun meets African and Latin American, with plenty of haute cuisine finesse. I had some memorable ceviches and sumptuous paella. Cuba also excels with pork and potato dishes.

A little less sophisticated is the ubiquitous flan – desert of the day. Everyday. Everywhere. But still good!

The economy here is a complete mystery to me. We saw nothing that would pass for a grocery or convenience store, nowhere selling clothes or everyday items. The only exception being the high end boutiques around Central Parque  – but the prices for designer goods here were well beyond our reach, much less the locals who don’t all seem to be sharing in Cuba’s tourist boom.

I’ll say it now… Cuba is not ready for Western tourists. And that is the best thing about it AND the reason you should go there before it IS ready.

There’s a small number of western style hotels that are outrageously expensive, and then there are the casa particulares, such as our accommodation and not much in between. Our Casa was charming but spartan (HOT TIP: take your own pillow). Affordable but still expensive for what you get. WIFI is scarce, credit cards don’t work. Group tours are really expensive, so we opted for cheaper locally booked transfers and tours. Transportation between cities is uncomfortable – you’ll be crammed in with as many tourists as the driver can fit. The roads are poorly signposted and you can forget google maps, so don’t even think about driving yourself. But what you compromise in western comforts will be well and truly repaid in authentic experiences – after you summon the courage to leave your casa.

Check out www.experiencetherealcuba.com and drop a line to Rena. She helped us with internal travel arrangements. A nice compromise between organised group tours and fully independent travel.

3 thoughts on “Feeling the heat in Havana”

This site uses Akismet to reduce spam. Learn how your comment data is processed.